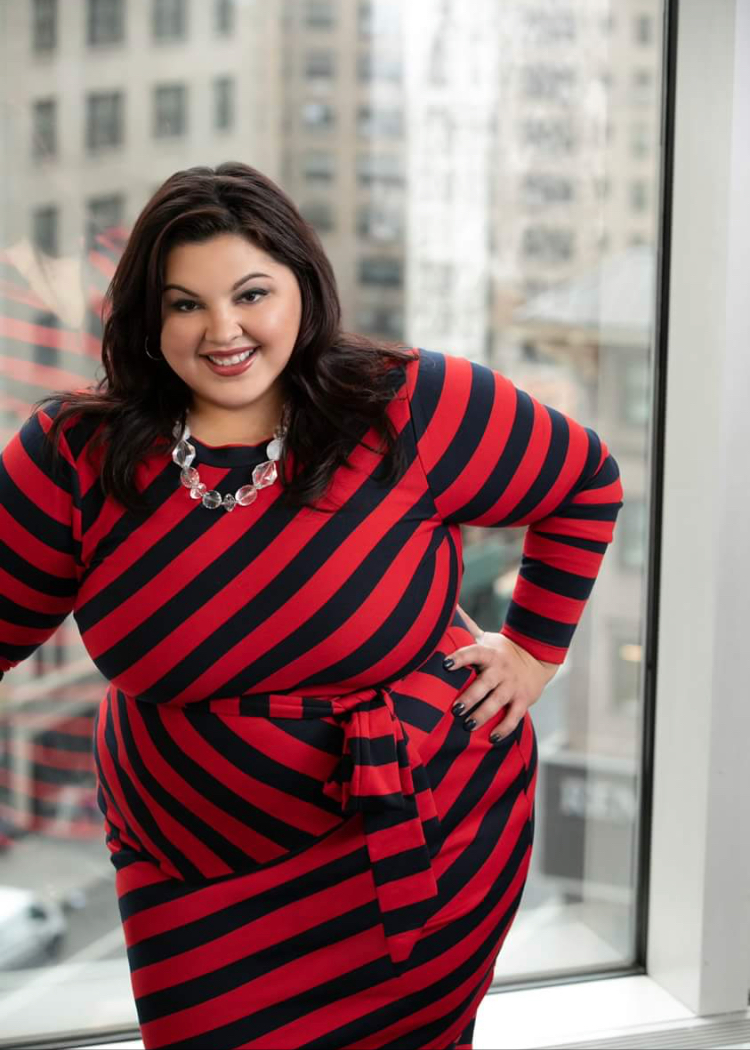 In the wake of COVID-19 lockdowns that put photoshoots, production of garments and most of the world on pause, she’s found ways to help the fashion community, many of whom are newly confronted with lost income, while helping essential workers. Along with SLiNK’s Editor-in-Chief, Cafaro created SLiNK’s first digital edition, available for free and created entirely by contributors in quarantine. And that’s just the beginning.

This conversation has been edited for clarity.

Dia: Where are you from and how did you get your start in the fashion industry?

Renee Cafaro: I’ve lived in NYC for 16 years and I have been obsessed with fashion design since I could finger paint, but as the chubby kid, I was told early on that there would be no place for me in fashion, so I went a different direction. I started a blog under a pseudonym, Roxy, in 2009, back before “bloggers” were a thing! I’d always get asked where I found such cute clothes for curves so I set up FoxyRoxyFashion to spread all of my experience and tips. Back then I was an avid reader of SLiNK Magazine and in 2014 when I was writing professionally for places like Yahoo! I applied for their US position and have been with them ever since.

Dia: How did your experiences in the fashion industry inspire you to become a community organizer?

RC: I actually started as a community organizer first. My first career, I spent over a decade in politics, working in labor unions, campaigns, and New York government. For most, these sound like incongruous fields but I feel they are very similar. I have always been driven by a passion for social justice and equality, and that is what plus size fashion is for me. Sure, there are lots of frivolous and glamorous aspects to it, but really, we are fighting for access to the same things skinny people have and the right to present ourselves however we’d like without discrimination or hate.

I have always been driven by a passion for social justice and equality, and that is what plus size fashion is for me. 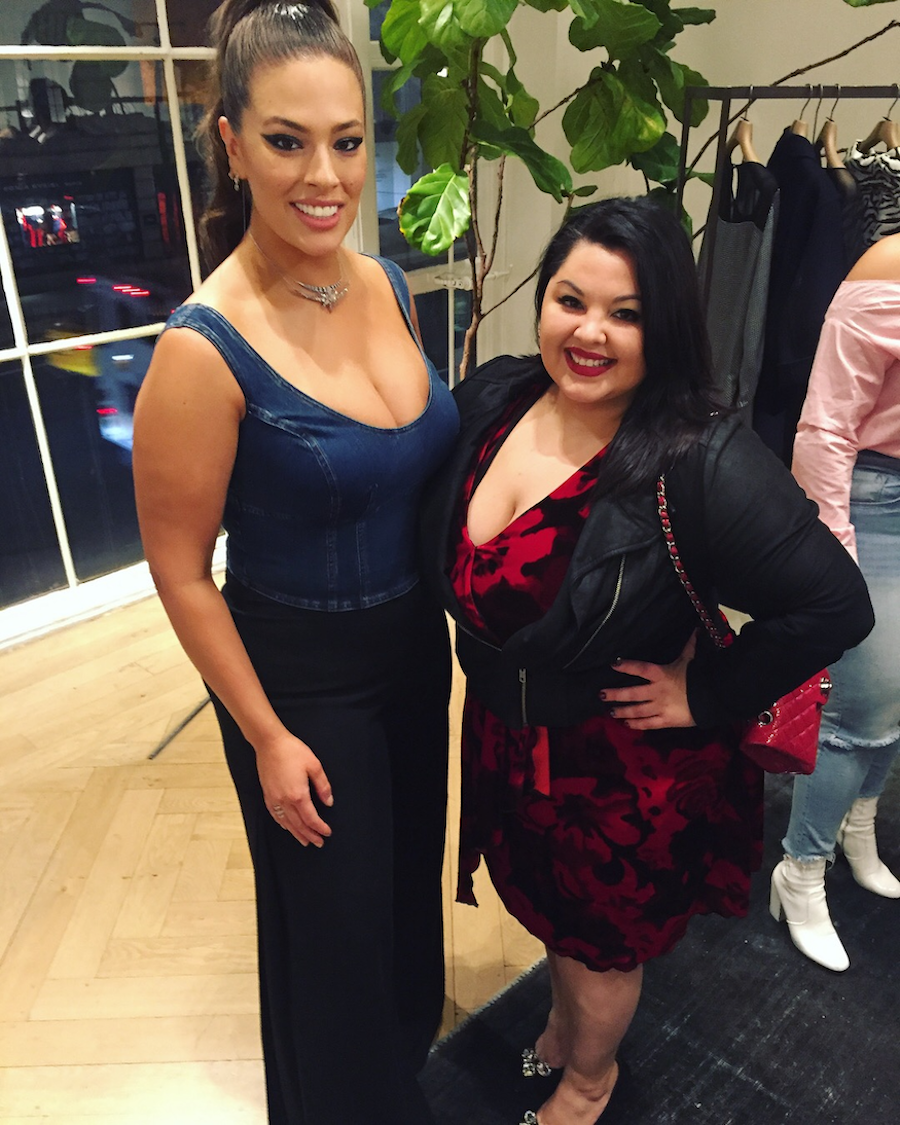 Dia: You are a tireless community advocate for many different interest groups; women, plus size women, people with arthritis, people living with eating disorders, the list goes on! What motivates you to keep going?

RC: I’m empathetic, almost to a fault, so as long as there are people in need of a voice I will lend mine to them. It’s also personal for me. I lived with chronic pain and was misdiagnosed or dismissed by doctors until I was 25 when I learned I had arthritis and fibromyalgia. I became an advocate for the Arthritis Foundation, became the chair of the NYC Walk to Cure and raised money and awareness for the 54 million Americans living with this invisible disability. I’ve also chosen to tell my story of overcoming body dysmorphia and putting my body through tons of starvation, diet pills and abuse, in order to debunk the myth that skinner means healthier. Now that I am more at peace with my body, I respect it more and care about what I put into it and take on challenges I never thought possible when I was 100 pounds thinner, like finishing half marathons. If I can save one young woman from making the mistakes I did, wasting years hating her body, my work here is done!

Dia: Tell us more about your most recent community initiatives EATs for EMTs and the push for 3,000 face masks and hospital gowns to be produced by fashion companies. What sparked these ideas?

RC: It’s hard for me to be a bystander, so quarantine forced me to get creative on how I can pitch in and help. Day one of lockdown, the first idea became so apparent. SLiNK had to quickly pivot and create a whole new issue to be released digitally and filled with content that was more useful in this new world. We decided to make it free and even give free ads to small businesses who were in need of a boost. As I reached out to the fashion community, I saw many talented freelancers and small brands forced into unemployment and on the other hand, my friends on the frontlines begging for masks and gowns. What better way to help then to invest the thousands of dollars I saved from cancelled events and work trips and give it to as many folks in the fashion industry as I could to make PPE for the NYC hospital shortage? I then called upon my fellow board members at the Arthritis Foundation to help me distribute to local hospitals and immunocompromised people. I got nearly 3,000 PPE out across New York and New Jersey within a couple weeks.

The first and most important thing about organizing is to be true to your mission. 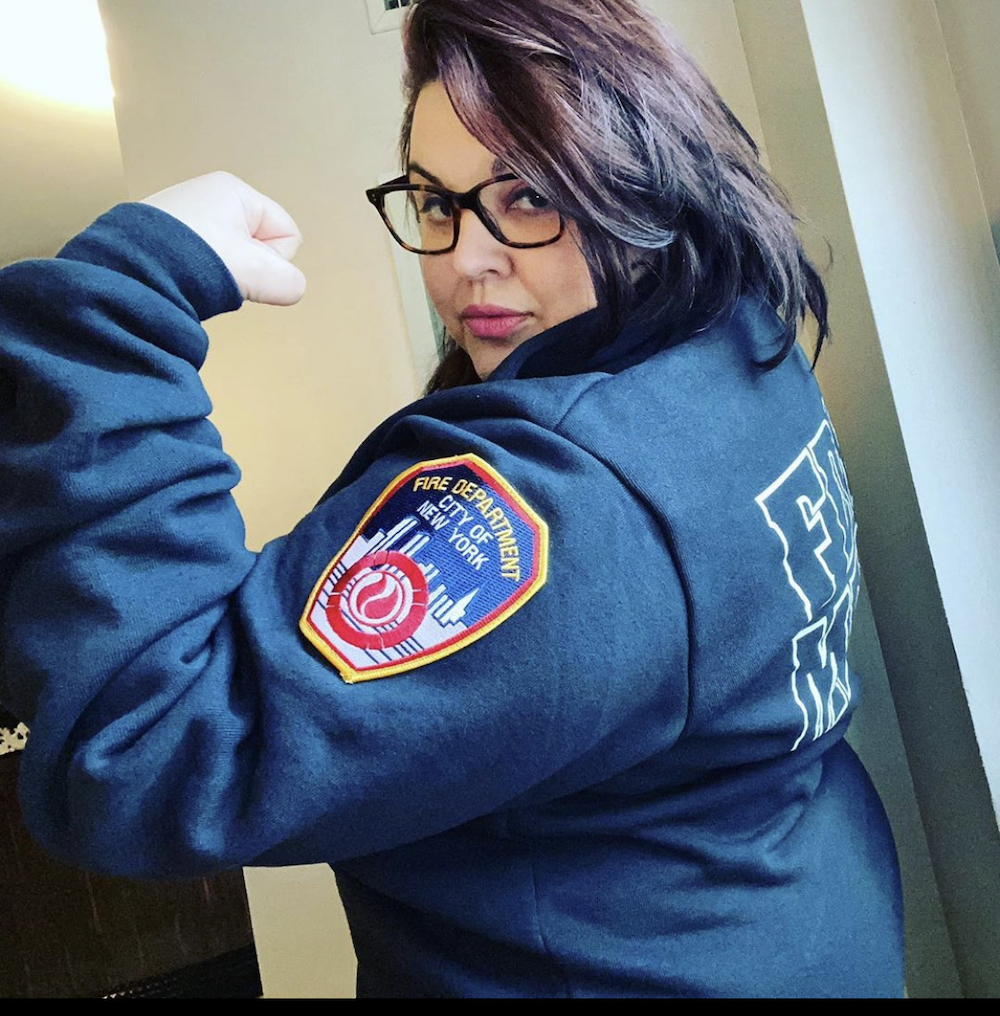 Next, I wanted to connect the dots again to help infuse much-needed revenue into small businesses while filling a need. After a lot of thought on who I can make the most impact with, I decided to help the often-overlooked, overburdened and underpaid NYC first responders: FDNY EMS. I put out the idea on social media and within hours I had connections to restaurants from Shake Shake to small [pizza] slice joints looking to get in on this and friends willing to chip in funds. I called the FDNY EMS Union President to see if they wanted free lunches as a “thank you” to their EMTs, set up a GoFundMe and raised nearly $3,000 in 24 hours! EATs for EMTs was officially born. 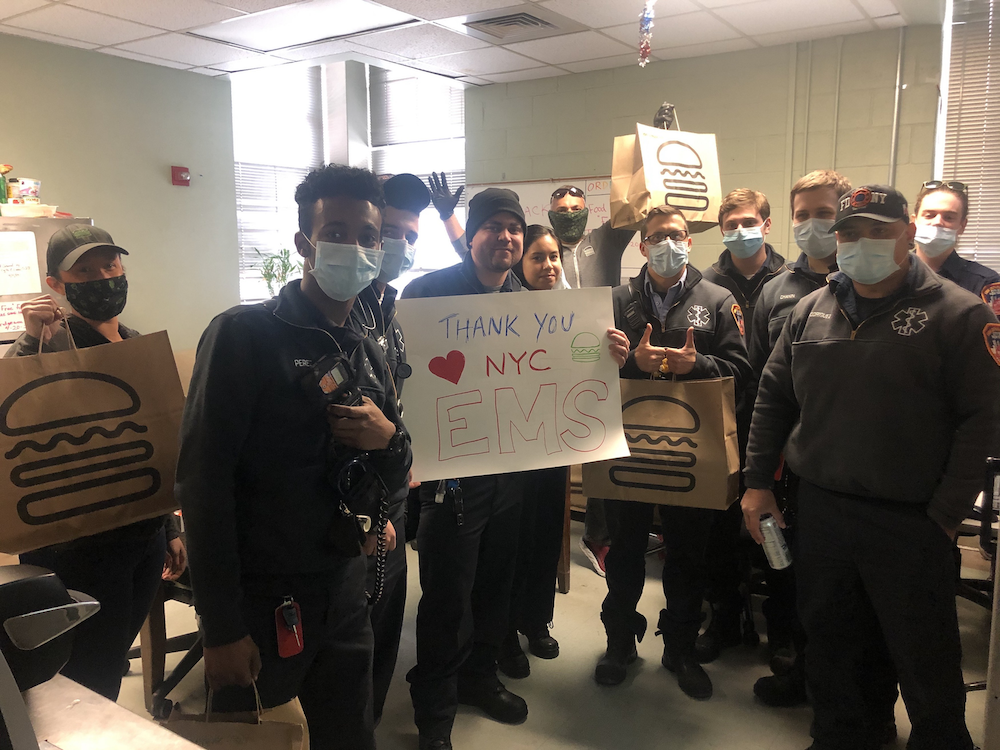 Dia:  What are your top three points of advice and/or resources for people who aspire to be Community Organizers in this time and make a long lasting impact.

RC: The first and most important thing about organizing is to be true to your mission. If you are passionate about something and are dedicated to serving a community with integrity go for it! Your idea is valid!  Secondly, you don’t have to be an expert or have a big platform to succeed. Every little bit helps, so even if you just gather a few resources to help, it is appreciated more than you know. Lastly, you won’t succeed if you don’t ask. Reach out to companies to help, put out calls to action on social media, and tell your friends and family why you care about what you are organizing for. Sure, a lot of people will not respond or turn you down but for every few “Nos” there will be a “Yes”!