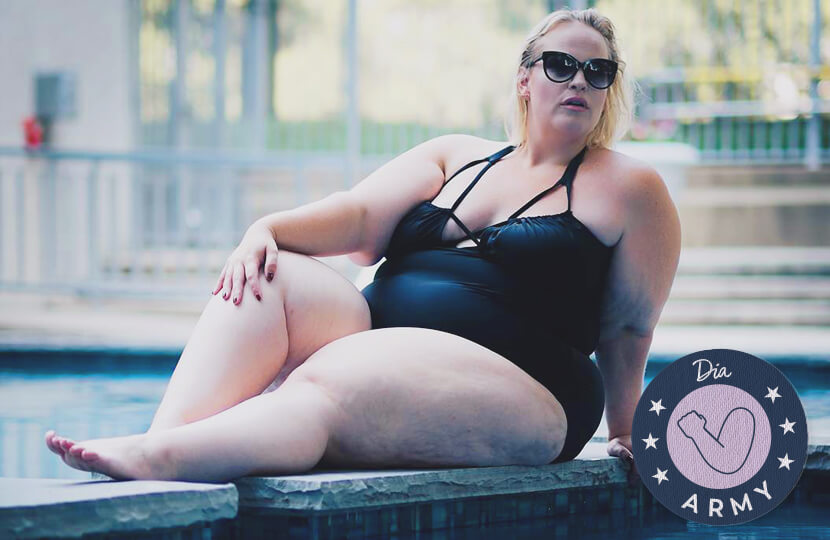 So many of us learn to love our bodies with conditions. We feel great when everything’s covered up, but when certain body parts or physical attributes are on display, our confidence may shrink a little. This summer, in celebration of Dia Army, we’re sharing the stories of women who represent Dia Army’s mission of loving every inch unconditionally. For Lindsey, that meant not letting a bully’s teasing words impact how she chose to dress and fully embracing her legs, dimples and all. This is her story.

In 5th grade, my mom bought me two pairs of stretchy leggings to wear under the baggy, unflattering-on-everyone T-shirts we had all started wearing in the mid-’90s. They were pastel, super soft, and I thought they were absolutely adorable.

On a day I was wearing said adorable/soft/stretchy leggings to school, one of the newcomers to my girlfriend gang complained loudly throughout lunch about how sick to her stomach she was. Everyone comforted her, throwing her knowing looks. I crouched down in front of her, feeling awful that she was feeling awful, and she dramatically groaned in my face, clutching her stomach. It all felt weird, but the day ended, and no one talked about it again.

Still, I couldn’t stop thinking about it, about how everyone had known what was making her feel so queasy but me. I was convinced she’d gotten her period, making her one of the first in our group. That was undoubtedly the culprit. I finally asked another girl what had really been happening that day, and she confided that my tight pants and “cottage cheese thighs” had made our mutual friend “sick.”

I didn’t even know what cellulite was, but apparently, I had it, and it was making people’s stomachs turn. I also now understood one of the taunts another bully of mine would hurl at me every day at recess. The world had already told me that I was supposed to be embarrassed by my fat body, and cellulite was even worse.

The world had already told me that I was supposed to be embarrassed of my fat body, and cellulite was even worse. 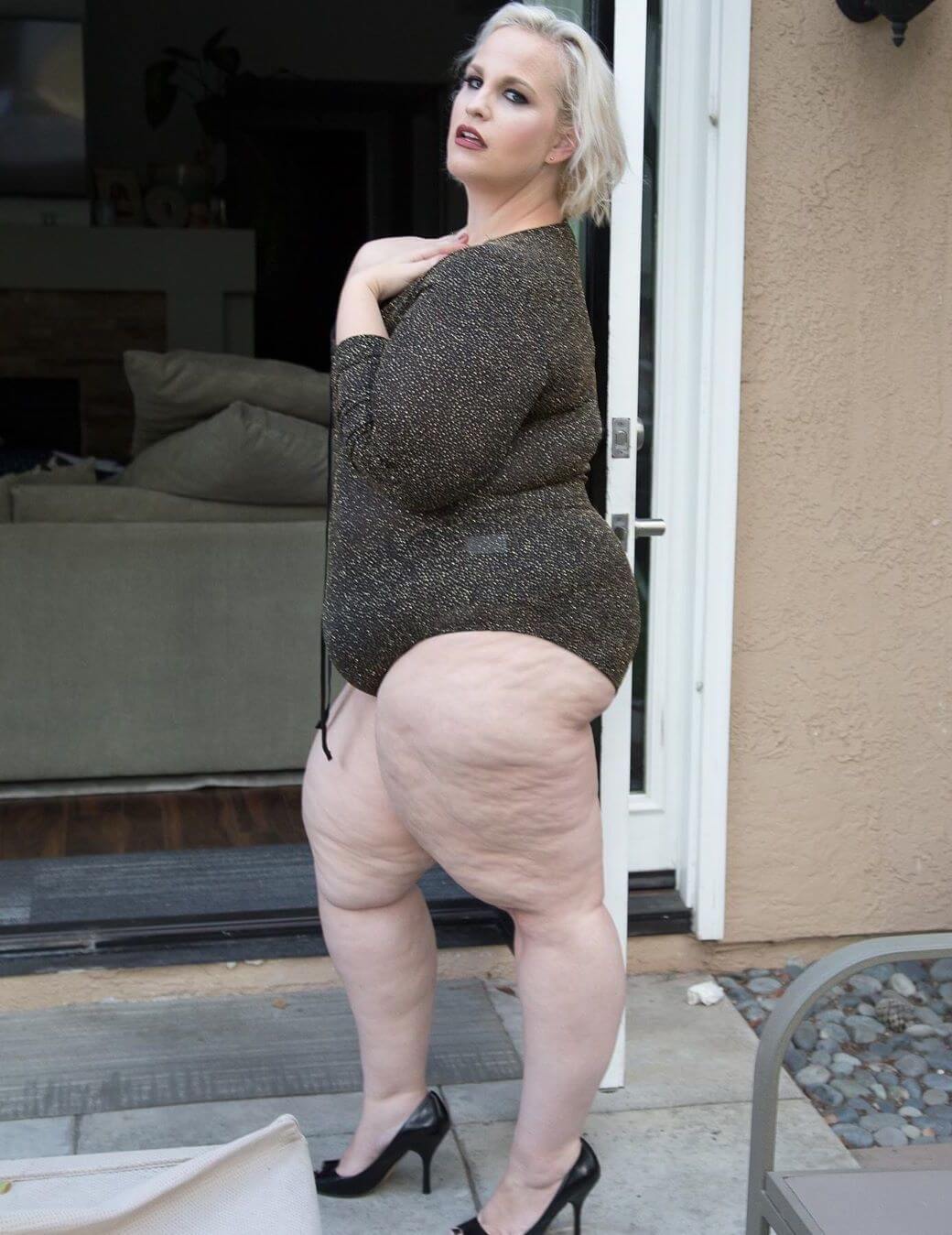 What I wish I’d known when I was 10, and then 12 when someone told me my shorts were too short, and again at 15 when the sales girl at the store suggested I try a longer skirt. Yeah, my fat body meant more cellulite, but I had no idea that most experts estimate that something like 90% of women will have cellulite in their lifetime.

Cellulite wasn’t a result of what I had necessarily done wrong and everyone else was doing right. It’s just kind of one of those things that happens to most women. But I didn’t know that then. No one told me.

What I did know, though, even at 10, was that I hated to be told what I could or could not do, wear, say, or be. My parents would joke that they knew the fastest way to get me to do something was to tell me I couldn’t.

I’m pretty sure most little girls would’ve gone home and thrown those stupid pale blue leggings in the trash immediately, never to be seen again. Some might have sworn off all leggings forever. Which would have been understandable—no one wants to think their pants could result in someone losing their lunch.

I wore those leggings every day the entire next week. I’d plop down in front of that tiny, grade school Mean Girl, and smile at her, daring her to barf. She never threw up, though, and I didn’t stop having cellulite.

Cellulite wasn’t a result of what I had necessarily done wrong and everyone else was doing right. It’s just kind of one of those things that happens to most women. 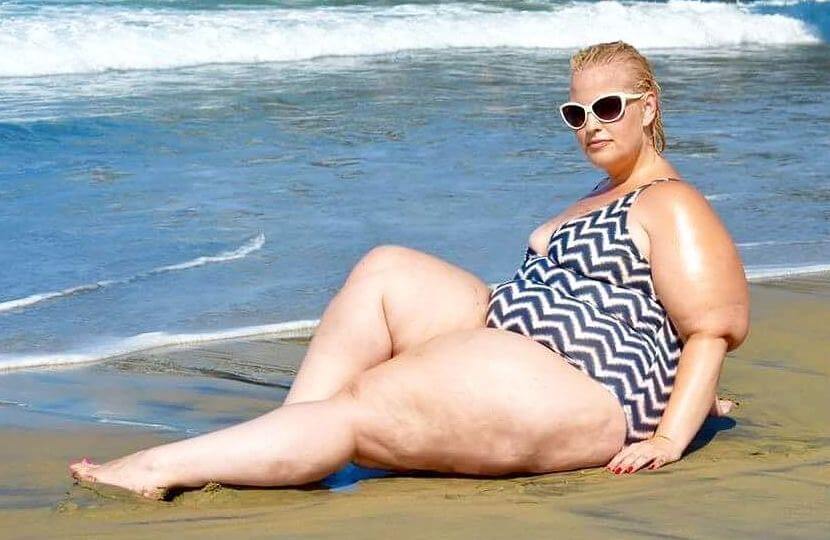 Which is the thing, right? Whatever stupid reason anyone ever had for making me feel badly about my dimpled legs and butt, it wasn’t enough to change their lives. And it definitely wouldn’t make me stop living mine, unless I let it.

Loving my body has never really been about much more than my “I do what I want” attitude. Like my six-year-old tells me now, “I’m the boss of me.” She’s right—she is, and so was I.

So no, no one got to tell me that I should be ashamed of my thick thighs or my big arms or my soft belly. No one could convince me that having cellulite also meant I wasn’t smart or funny or pretty. And, certainly, no one was going to make me stop wearing my comfy, stretchy, soft, cute leggings just because they were jerks. That was their problem, really, when I thought about it.

When we talk about our bodies, we often are told and try to think of all the reasons that we should love ourselves. But for me, it was always so much more powerful when I would ask myself, “Why shouldn’t I love myself?” After all, my body is just one piece of me, and none of those things changed when I developed cellulite.

Wear your short skirts, my friends. Stuff yourselves into leggings that hug every inch of your thighs perfectly, and definitely take the cover-up off at the beach. Just like a character on that show “Euphoria” said recently, “There’s nothing more powerful than a fat girl who doesn’t give a f*ck.” 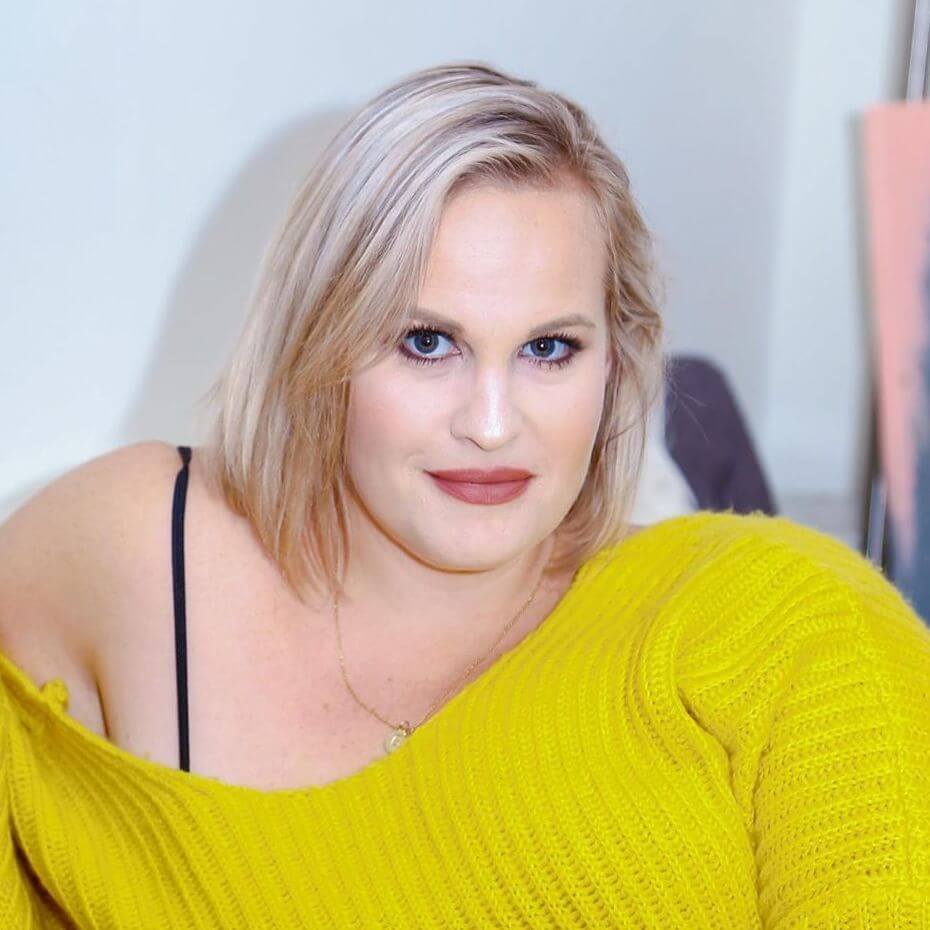 Capture the moment you let your body fears go with #DiaArmy!