I am living proof that with community, with sisterhood that anything is possible.

If you took a gander at my social media platform on Insta, you’d notice several things. You’d see a gorgeous and flamboyant display of images of my fat, Black, and very Muslim face and body. You’d see neon colors and bold prints. Different hijab and turban styles. You might’ve even noticed that I’m almost at 60k followers. Although, I don’t call them followers anymore, I call them my community members.

Community. Seems to be such a buzzword now like artisanal or organic. But it doesn’t matter how “trendy” it gets, as a Black woman, we’ve always utilized such words. They are deeply rooted in our lineage. That sense of belonging, knowing that someone has got your back. I can now say that I have a strong community of misfits who look nothing like me, who come from all over and I consider to be closer to me than my own blood family.

Would you believe that there was a time when I hadn’t thought that community existed for someone like me? I knew they were out there, but at the time, life, my husband, and society had beaten me down so bad, that I thought “community” was a myth. It was only for worthy people. People who weren’t broken. Like me.

I made myself think that I could do it all on my own. If I made it in life, it would’ve been because of me only. Hell, no one believed in me anyway. That wasn’t true though. People had believed in me; I just hadn’t found them yet.

I also hadn’t believed in myself like I thought I had.

I remember when I first started opening up about life as a fat, Black woman who was broke af with not one but two master’s degrees. Like any millennial, I started a blog. I had no clue where it would take me. I just thought it’d be great to tell my story—authentically and unapologetically. 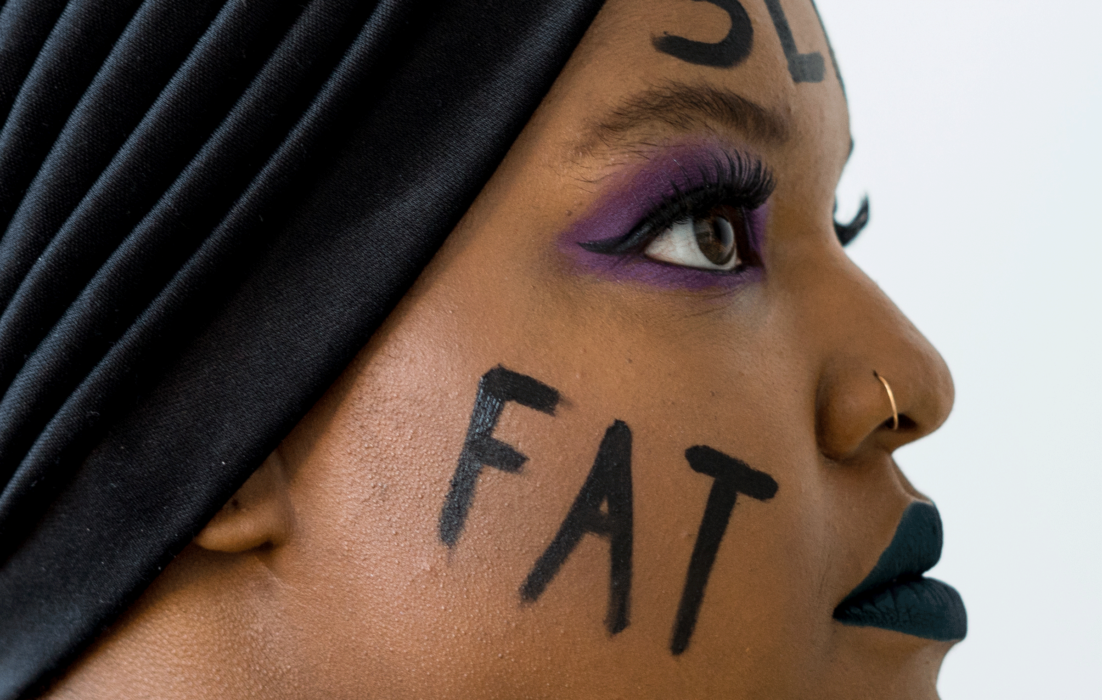 Instagram was the place I felt the safest, shockingly. Yes, the trolls were there but I’d already dealt with so many real-life trolls. I stumbled upon the Body Positive Movement (before it was diluted by barely fat white women and companies trying to sell you flat tummy teas and toxic diet culture). I found people who were like me or at least interested in what I had to say. There were other fats like me. Who were loud and opinionated and sexy and didn’t give a damn.

There weren’t any Muslims in that space yet. But still, I felt welcomed, like I could be what those women were for me one day. They gave me hope and a sense of belonging.

I always tell people that my glow up was not without sacrifice. I blogged and modeled and worked for free for years in this industry. I was featured in Elle Magazine and Huffington Post more times than I could count but none of the fame was magically flipping into cash money for bills.

Meanwhile, I was also going through a divorce. Unemployed. Not one job prospect on the radar. But I was still creating content. Buying clothes from the clearance rack and returning the others. I was on food stamps, stretching $182 dollars per month for groceries. This is what it’s like to be disadvantaged as a Black person.

I remember hitting rock bottom. My credit cards had been maxed. Bill collectors had been blowing my phone up. I couldn’t afford to put gas in my car, let alone pay them. I fell into a heavy depression. I remember asking myself: why couldn’t I just get it right? I knew the work I was doing in the plus-size community was work that needed to be done, but I could no longer pour from an empty cup. So, I broke down and told on myself.

I am a fat, Black Muslim who has not come from privilege.

Tears streamed down my face as I wrote a long post to my community about how I could no longer do it all. Immediately, women from all walks of life started commenting and offering kind words and love and empathy. Many others asked to support me financially. One dollar here and ten dollars there. Some even bought social media branding consultations from me.

They raised a total of 2,000 dollars. It was enough to continue my work for a month.

I am a fat, Black Muslim who has not come from privilege. It is not easy being someone like me with all of my marginalized layers in a world of white privilege that is programmed to boost one over another. But what I can tell you, is that it is possible. I am living proof that with community, with sisterhood that anything is possible. I wouldn’t be here if I hadn’t allowed myself to be open, to be nuanced, to be vulnerable in a way that others—who are very different—could see themselves in me.

Forget agendas. Forget these movements. Strip yourself of all of that performative bull crap and that mentality of “what will other people say.” What’s left now?

I’ve been humbled by life so many times, and I’m sure you have, too. Right now, we are in an exciting yet uncomfortable time. Politically. Racially. Environmentally. We must do. Act. I know that’s super general, but the “doing” part is for you to figure out. In what ways will you draw from your community—big or small? In what ways will you uplift the group within your home, your workplace, on a larger scale? In what ways are you going to live authentically and become the version of yourself that was always there? 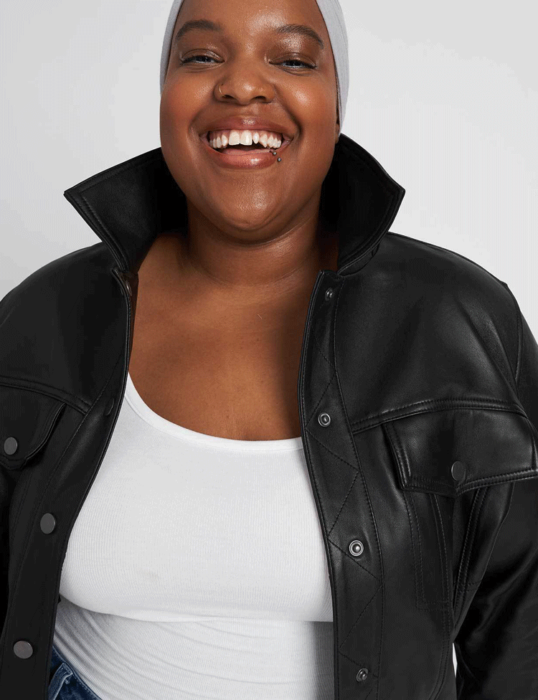 Leah V is a plus-size Hijabi model, public speaker, and author of Unashamed: Musings of a Fat, Black Muslim. She’s been featured by Buzzfeed, Yahoo, CBS, Cosmopolitan, Marie Claire, Seventeen, and The New York Times. She grew up in Detroit, but currently resides in New York City. Connect with her on Instagram (@Lvernon2000) and on her website (Leahvernon.com).

Author Leah Vernon strips down to show us the human element of social media and how it’s helped her find a sisterhood of women who have become a chosen family.