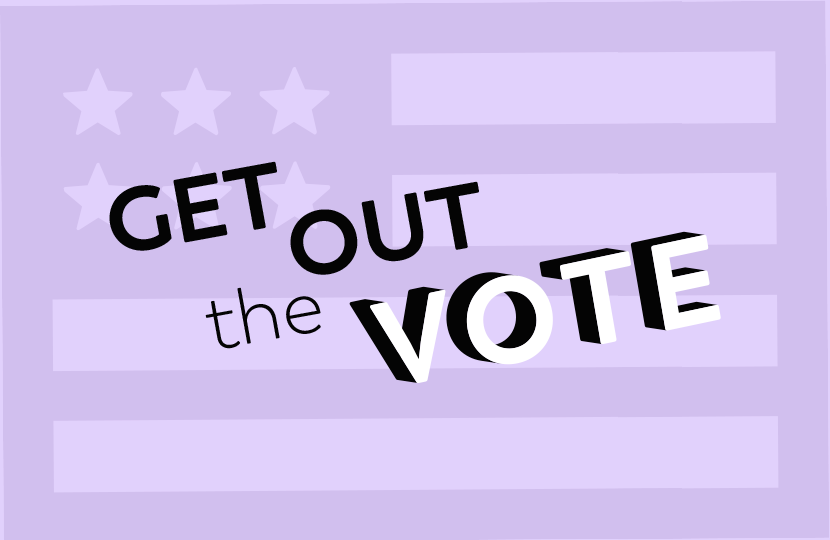 As a plus-size woman, I don’t see myself represented in the culture around me. I am not fully represented in fashion, in fitness, in politics, in media or in popular culture.

But in the U.S., plus-size women represent 67% of the female population. That’s 100 million women strong. So while we are underrepresented in nearly everything around us, we sure are represented in numbers. And in a democracy, that’s what counts.

This year, Dia is going to do something with this powerful advantage that our community has: mobilize to get out the vote. Our community is vocal, diverse and passionate. Our community represents women in rural, suburban, urban communities across every county in this country. We are 100 million women strong, and that is a powerful number when we think about showing up at the polls.

And it is critically needed. In 2016, only 56% of the voting-age population in the U.S. voted. That stat puts us in 26th place out of our 32 OECD peers (a group of highly developed, democratic countries). Our democracy has far too many missing voices, particularly among those who are already less advantaged because of racial and income barriers. By excluding so many eligible voters, our election systems do a poor job of giving voice to the nation’s full diversity of viewpoints.

This is a topic that is deeply important to me, personally. I’m a first-generation American. Growing up my father and my mother, who are from Kuwait and Cuba respectively, never dreamt of having the type of representative democracy that we can so easily take for granted. They instilled in me a deep appreciation for how special this right really is and the sacred responsibility it confers. Once she became an American citizen, my mother voted in every single election of her life — even when she was living abroad — always seeing it as a deep duty she had to her country. My mother passed away in February but I know carrying on this part of her legacy in my personal advocacy and through Dia’s platform would have made her incredibly proud.

It’s no mistake that it’s also a big part of who we are at Dia. At Dia, we believe in the freedom to feel — freedom to express ourselves, to be heard, to be whoever you are — and style is the language we use to do just that every single day. In our civic lives, our vote is that mechanism and one we intend to fully embrace.

We are living through historic times on more fronts than we could have imagined. We yearn for racial justice, equality, and lasting change. In our country, the ballot box is the most critical tool we have to achieve that. So let’s not go underrepresented when it comes to our vote. Expect to hear much more from us on this front — in the months ahead we will be joining forces with other community-led organizations and like-minded companies to drive this effort forward.  Will you join us in ensuring our community is fully exercising our right to vote in 2020 and beyond? We believe the future we want most depends on it.

Check your registration status or Register to Vote