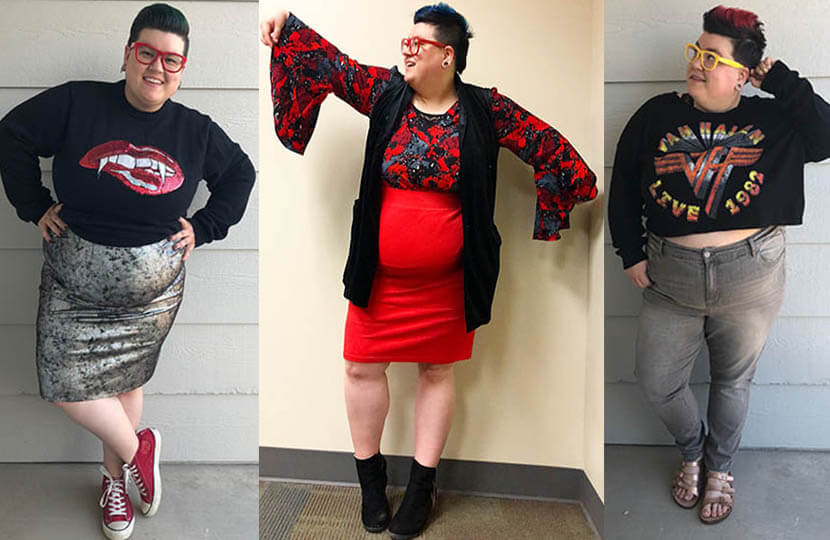 Everyone has had those mornings. You know the ones. When you stand frustrated in front of your mirror, half-dressed, poking at your belly and wondering why you can’t seem to muster up enough willpower to simply wish it away. For the majority of my life, this was how every morning began for me. I would stand in front of my mirror, faithfully reciting the script the world had taught me about my body.

My relationship with my belly has been a tumultuous one, to say the least. I have invested quite a bit of time and effort into hiding it, avoiding it, being angry at it, and being afraid of it. I’m not sure when I learned to hate my belly or even where I learned it from. It seems like it was just this innate thing that everyone out there in the universe could agree on: Big bellies are not okay. Big butts, thick thighs, large boobs? Sure, those are fine! But a big belly? No way! And for most of my life, I just accepted this message as the truth.

Accepting this truth meant that I had a specific set of rules for myself when it came to getting dressed in the morning. First and foremost, I couldn’t wear anything tight or form-fitting. Anything that hugged my body in any way was a strict no go for me. That meant no skinny jeans, no bodycon dresses, and nothing but baggy T-shirts. I was pretty terrified of anyone ever being able to see a visible belly outline—or VBO—and went to extreme lengths to make sure that never happened. I went to a small private school growing up where we wore uniforms and had to tuck our shirts into our pants. So, in an effort to make absolutely sure my fatness was hidden, I’d wear baggy sweatshirts more often than not—even in the hot, 100-degree Texas summers.

It seems like it was just this innate thing everyone in the universe could agree on. Big butts, thick thighs, large boobs? Those are fine! But a big belly? No way! 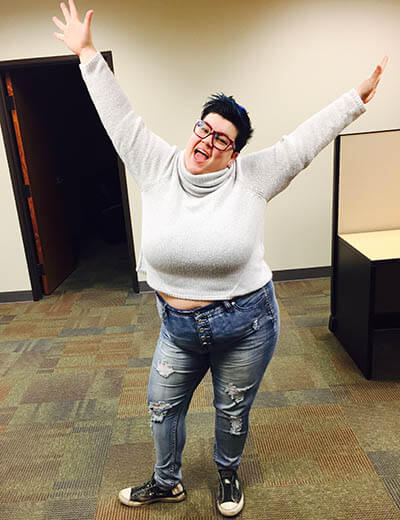 Several years ago, after the end of a long-term relationship with the man I thought I was going to marry, I sat in my therapist’s office rattling off all the things I thought were wrong with me. It was then that I realized not only just how much I disliked myself solely because the world told me that I should, but also how much that self-hatred was limiting my ability to connect with other people. I was at a point in my life where I was just tired—tired of working so hard to hide, to shrink, and to manage the comfort of everyone else while ignoring my own. I knew it was time for a change. I started taking tiny, trepidatious steps down the road of body positivity. I still began each morning half-dressed in front of my mirror, but I started reciting a different script, my brow furrowed with determination. “You are big. You are beautiful. You are bold. You will not hide.” I did this for days, then weeks, then months—until I finally had enough courage to walk out from in front of my mirror and start saying those words to the world.

How did I do this? Well, I went and bought myself some clothes. Seeing as how most—and by most, I mean all—of my wardrobe was made up of oversized clothes from the men’s section, this was no easy task! Among that first set of new clothes was a pencil skirt. I have to admit that it took me a while to muster up the courage to wear it. When I put it on and stood in front of my mirror, all I could focus on was the seemingly unmissable outline of my belly under the skirt, and the old familiar script began to play in my head. But I refused to back down. The next day, I wore the skirt to work and it felt like such an act of defiance. The skirt was my middle finger to all of the lies the world had told me about my body. And boy, was it liberating. Not long after that, I signed up for my first Dia Box, eager to explore all the things that fashion had to offer me.

Now if you look through my closet, you’ll find skinny jeans, bodycon dresses, leather leggings, and all the other things I thought I was disqualified from wearing simply because of my belly. In the summer, I wear crop tops and bikinis instead of hiding behind my old sweatshirts. Sure, they’re just clothes, but “just clothes” have allowed me to conquer my fears more and more with each form-fitting style.

All I could focus on was the seemingly unmissable outline of my belly under the skirt, and the old familiar script began to play. But I refused to back down. 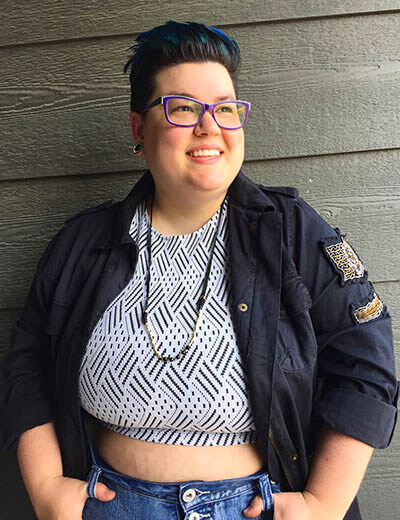 I see fashion as a tangible way to express your bravery. By choosing to put on that pencil skirt or rock that crop top, you’re screaming to the world: “I will not let you define me!” We are re-educating the world on what beauty looks like. Our participation as fat women in fashion of all kinds rewrites the script the world tells us about our bodies—and thus rewrites the script that the next generation of fat women recites in front of their mirrors.

If any of you is struggling to embrace your belly, here are my words of advice. First of all, know that your worth goes far deeper than simply the body you occupy. You have more purpose in your bones than just being beautiful or pretty, or this or that size. You’ve got a brilliant brain and a fiery heart. Secondly, speak kindly to yourself—even if no one else ever has. Even if it’s awkward at first. Do it. You deserve to be loved by you. Lastly, it’s ok to be afraid. It’s ok to take little steps. Maybe you start by just not putting shapewear on one day. Maybe you wear a slightly shorter shirt with those jeans. Whatever that step is for you, give yourself some grace to participate in the journey at whatever speed you can.

For too long, so many of us have allowed fear, hatred, and discomfort define what it means to be beautiful. It’s time we take back the pen and rewrite the narrative ourselves. It’s time we let courage, love, and joy lead the way and show the world the beauty of us all. So go ahead and flex your freedom, one VBO at a time. 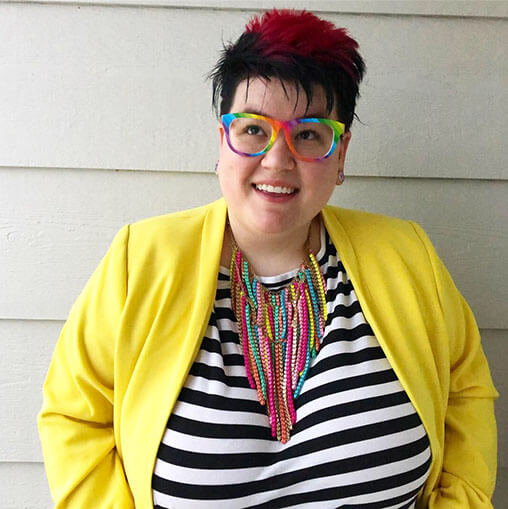 Inspired by Jess to embrace your own VBO? Snap a pic and share it with us using #MyDiaStyle!