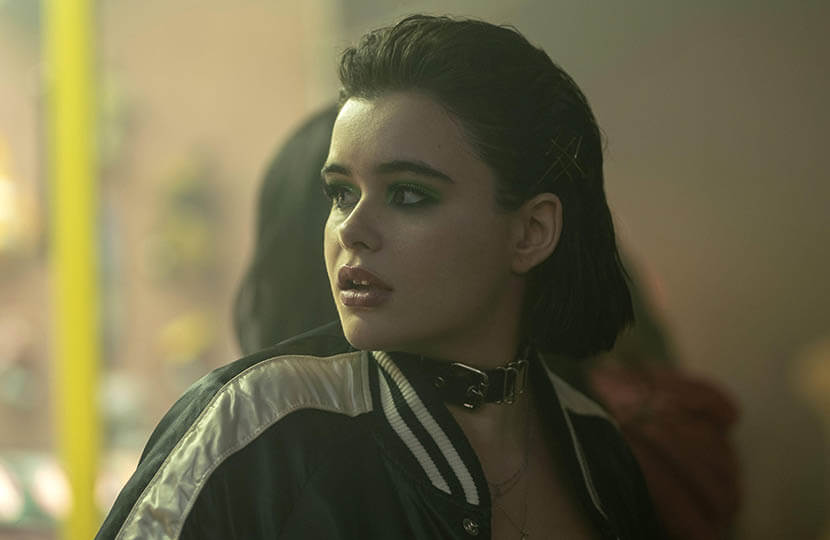 HBO’s “Euphoria,” which completed its first season last night, is on the surface a show about teenage addiction and mental health. But in addition to the many moments of darkness, there is the constant exploration of identity, expression, and individuality. One of the greatest examples of this is the character played by plus-size model Barbie Ferreira. (Caution: spoilers ahead!)

What’s remarkable about Kat Hernandez, Barbie’s character, is that unlike so many other portrayals of plus-size women in media, her weight is not the sole focus of her story. While she begins the season with insecurity because of her peers’ comments about her size, by the end, she’s found a way to feel sexy and confident in her body. Kat is a complicated, messy, unapologetic character who is on a path to find herself.

When we first meet Kat, she’s the quiet, mild-mannered friend in a group ruled by straight-size popular teens. Then, when a video goes viral with Kat in a very compromising position with a boy from another school, she realizes that within her lies a power waiting to be unlocked. After investing in a new wardrobe and taking on a secret part-time job as a cam girl, Kat’s embracing of her sexuality leads to a newly discovered self-confidence.

Even with the armor of confidence she’s built through leather bustiers and miniskirts, underneath it lives a wounded self-image from years before. When Kat was 11, she was dating one of the most popular boys in school. After a family trip, she gained 20 pounds from enjoying her fair share of virgin piña coladas. When she returned to school, her boyfriend broke up with her. Kat turned to the internet for solace and garnered a huge following through her fan-fiction writing. Still, she worried that people in the real world would never see her the way they could online.

Kat’s newfound sexuality results in casual encounters that give her a momentary boost, but it’s clear that she’s struggling to find the balance between her outward presentation and her inner self. When a classmate tries to dig deeper and get closer, she keeps him at arm’s length. Her power over the opposite sex thrills her—but she can’t quite let herself be too vulnerable. It isn’t until the season finale that Kat lets the veneer crack a little and invites her classmate, Ethan, in.

Kat’s journey to self-confidence is oftentimes inspirational, but there’s also turbulence. She initially shuts Ethan out because she sees him talking to a thin blonde girl at a carnival—and then struggles to open herself up out of fear of getting hurt. When she starts taking on a slightly new personality in line with her new wardrobe, her friends accuse her of being mean.

Even as Kat learns to wield her sexuality as a powerful tool, she locks away who she truly is deep inside. She instead performs as the person she thinks boys want her to be. And while it works for a while, her two fragmented selves need to come together before she can really become the person she wants to be. And, in the season finale of “Euphoria,” we finally see a glimpse of that person.

What Kat’s arc this first season teaches us is the power of consciously choosing to own your body. Kat makes the decision to update her wardrobe and project unfailing self-confidence. Even as she grapples with finding a middle ground between her outside and her inside, it’s clear that her fake-it-’til-you-make-it approach is positively impacting her relationship with her body.

As Kat says via voiceover in episode 5, “There’s nothing more powerful than a fat girl who doesn’t give a f***.” But once the season comes to a close, it becomes evident that what’s truly powerful is picking and choosing what you care about and what you won’t. Caring about what others think is futile—but caring about making real connections and being true to who you are matter.

Barbie Ferreira told “Glamour” that, “Having a character that isn’t perfect and is making mistakes and has her own storyline in a show—we need to have more of that, where people aren’t caricatures of themselves. They are full human beings and their identities aren’t necessarily at the forefront of all their problems.” We couldn’t agree more.

Thank you, HBO, “Euphoria,” and Barbie Ferreira for bringing us a plus-size character with nuance. We can’t wait to see what happens next season.